What a 4th Step Is and Ain’t

Recently I’ve encountered a few people at odds with the 12 steps who see the 4th step as negative and punishing. To their minds, it’s an exercise in self-judgment that drags down people’s self esteem and flagging spirits.

I disagree.  Of course, I’m just another drunk – one who’s stayed sober a while and writes too much.  Still, my own belief is that, as with all the tools of the steps, the 4th step’s effectiveness depends on how closely one adheres to the instructions

and spirit of the Big Book.  To me, all the steps step are founded in the power of love with the goal of achieving a freer flow of that love – for myself, for my fellows, and for life/god.

I came to AA because I was beyond miserable. My every intention, good and bad, backfired because people didn’t react as they were supposed to, and my self-loathing took deep, savoring tokes on those fumes of failure.  Yet I kept trying to work those intentions over and over, always hoping for a different result, the same way I’d kept trying to drink normally. Before I could stop grabbing for those faulty tools, I had to see them.

But what part of me does the seeing?  Whether a 4th step is shaming or freeing depends on whether I view it from the standpoint of my ego, who compares, competes, and complains, or a deeper layer consciousness, my true self that opens to god.  Who’s at the wheel depends in turn on the thoroughness of my 1st, 2nd, and 3rd steps.  Am I truly done trying to fix everything?  Done running around being crazy?  If so, who can restore me to sanity?  A judgmental god?  A god who says, “Louisa, you really fucked up, and it’s your own selfish fault, so eat it!”

Nope.  It’s a god who loves, who is love, who hurts with me when I’m in pain.  When I allow that god into my vision, I can start to see how in my recurring complaint that “people didn’t react as they were supposed to,” the true problem lies not in the people or their reactions but in those words, “supposed to.”  Supposed to, that is, by my agenda, based on Louisa’s efforts to arrange things for her own maximum comfort and benefit (also known as “selfishness – self-centeredness!”)  A loving god guides me toward the wisdom of understanding what is and is not mine to change:  I can’t change you.  I can only change me.  When I rely on god – not you – to provide all I need to build a good life, when I’m more interested in giving than receiving, I find it possible to live and let live.

1st step sucked for two years.  Because I wasn’t open to any sort of god, I surrendered only enough to admit I needed meetings. Or not even!  Most of the time I went only because I’d been willingly 13th stepped* into the program.  I say willingly because my ego was still very much in charge, and what it knew best was codependence. Dry, I focused on molding my partner as a way of navigating life, using my same old tools. But then god chucked some major stuff in my path, obstacles these tools couldn’t surmount: first the death of my sister, then a resultant clinical depression. I believed the wrong sister had died – the worthless one was still dragging on in her useless life. When the pain got bad enough, when despite twice doubling the Zoloft, I found getting out of bed to be an exhausting exercise in futility, I sought out a new sponsor.  To her I said, and meant, help me!

My ego’s belief was that I needed to trick people into loving me by hosting the Louisa show.  That’s the reason no god would love me, because it would see right through all the hoopla of my trying to be pretty, savvy, complex, and blah blah fartsworth to know me in all my pathetic unworthiness. Who could love that?  God already did, my sponsor promised. She gave me permission to entertain the possibility that the infinite love I’d experienced in my Near Death Experience was how god embraced me all the time – except that I shut it out. I couldn’t feel god’s love because of something  from me that repelled it.

Hmm, what could that be…? How about fear and resentment, those Bobbsey Twins of darkness?

“Driven by a hundred forms of fear [‘that we would lose something we already possessed or would fail to get something we demanded’]… we step on the toes of our fellows” in our efforts “to arrange” them in our own way “and they retaliate.”† In other words,

B) I try to manipulate other people to meet them. But

C) they have a different agenda: meeting their needs. So

D) it doesn’t work my way, and

E) I get pissed.  And maybe

F) they get pissed, too.

A 4th step is first a way of tracing backwards from the pissedness (E) to identify the fear at stake (A).  Column 3 lists the needs I was trying to recruit others to meet. They’re very real needs: for self-esteem (self-worth), security (being ok), ambitions (growing), personal relations (fitting in), and sex relations (sexual identity). The problem is, I can go for minutes or years just positive that if I only coach someone rightly, urging and expecting, they’ll step up to fill my need and I’ll be all set!  Except the bastards don’t cooperate.  Instead they do shit that hurts me, wrecks my plans.

At some point, I invented for my sponsees a column 3½: “Name the Diss.” That is, I have the sponsee write out what insult the uncooperative candidate seemed, by their actions, to be saying. For example, if someone I trusted lies to or cheats me, I feel like they’re saying, “You’re a gullible chump!” If a woman I’d like to pale in comparison to me sexually attracts all the guys I know like iron filings to a magnet, I feel like she’s saying, “You’re not sexy!” If a friend shafts me for other company, s/he says, “You’re not worth my attention!” These stingers can embed themselves in our spiritual skin for decades – these perceived disses. If we fear they may be true, we foment anger to defend ourselves from their outrageous slander, even though it’s really WE who keep rehashing the imagined diss long after the other person has forgotten.  That’s the re in resentment.

How can a 4th step free us from all this?

First off, the actual problem lies not in the person resented, but in my recruitment process and assumptions. Sometimes I try to recruit an incapable or unwilling candidate, and sometimes my need is actually something that can be filled only by me or god.  To grasp this, I have to recognize that what EVERY SINGLE person on my 4th step did wrong was FAIL to make Louisa comfortable.  Whether they didn’t return my smile or cheated on me in bed, my resentment is rooted, not in moral conviction per se, as I might like to think, but in the presumption that they A) exist to meet my needs and B) have the means to do so.

That presumption is…. wait for it…. you know it….. selfish!  You say, But, but-!  I say listen.  To let go of point A, I need to recognize that this person’s primary mission is always to meet their own needs – not mine. For point B, I need to borrow from Byron Katie a bit and ask, “Did that person have the means to do what was, in my view, the right thing?”  Apparently not.  If they weren’t honest with me, apparently they did not have the internal means to be so.  I don’t go to the hardware store to buy bread, and I can’t ask this person to draw upon inner strengths or character assets they simply do not possess. They are not a vending machine into which I can deposit in my coins of kindness, good faith, whatever, and expect to get a pop can of the behavior I want.

It’s in my expectation that others show up as I prefer, not as who they are, that I set myself up for hurt.  And sure, hurt is inevitable.  My ex-partner’s infidelity was devastating to me.  But when I’m totally honest with myself, I see that in some way, I ignored what was inconvenient.  I might also see that in some way at some point, I’ve done the very thing I resent.  And lastly, I see what hurt most was actually the implied diss I told myself: “I’m not loveable.”

The 4th step teaches compassion, forgiveness, and acceptance of the fact that all human beings – you, me, and everyone we encounter – are flawed.  Being flawed is nothing to be ashamed of; it’s essential to our humanity.  I fuck up.  God loves 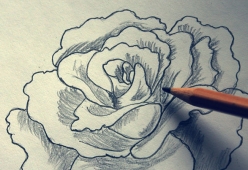 me.  I try again and fuck up.  God still loves me.  I can respond in the same way toward you with your fuck ups, or I can decide that your flaws cause me too much pain and steer clear of you (eventually without rancor).  But gradually I learn where the exploding mines of human interaction are lodged, and I begin not to step there.

I do believe there’s one exception to this pattern. Parents are sole custodians of a child, who rightly depends on them to meet all their needs.  When parents fail to, when their actions cause injury, the child has no “part” to identify in Column 4.   That said, however, once the child becomes an adult, they do become responsible for their own lives, including the care of those injuries. If they’re trying to draw healing out of another person, it’s not going to work – particularly if that person, their parent, is still flawed.

Forgiveness is a gift we grant ourselves.  When compassion won’t come, we can think back on the times we most knew we should not drink, and drank anyway.  When we should not have flirted, and flirted anyway.  Should have told the truth and didn’t.  Some part of us longed to make better choices, but the needed power wasn’t there.  We lacked impetus.  So it goes with every misdeed of people on our 4th step: the clarity and strength to choose wisely simply weren’t there.  To resent a seed for not sprouting or a rabbit for not being a paycheck makes no sense.  So it goes with the people in my life – for not being programmable.  And thank god they’re not, or I’d never learn jack!

* “13th stepping” refers to dating/taking a partner among newcomers in the program.